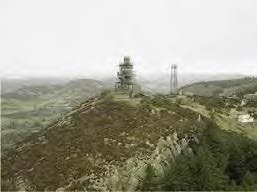 The watchtowers on the hilltops of South Armagh, on the border between the north

and south of were observation posts mounted with powerful camera technologies.

occupied the viewing platforms in pairs and in two-hour shifts. One would observe

while the other documented. It has been said that they could read the speedometer

dials of cars driving below, distinguish patterns on the wallpaper inside houses, see

what was eaten for breakfast and hear what was said over the breakfast table. 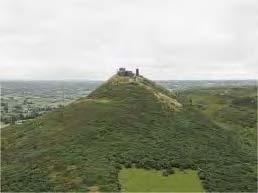 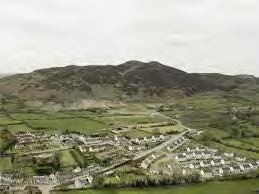 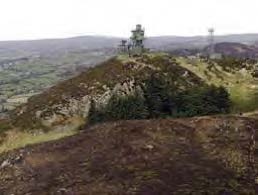 enveloping the border region of Northern Ireland. These high-tech towers,

constructed in the mid 1980s, primarily in the mountainous border region of South

Armagh, were landmarks in the thirty-year conflict in and over Northern Ireland. The

government’s demilitarization programme for Northern Ireland. For a period of over

survey of the towers, their positions and perspectives with in the landscape

Donovan Wylie is an artist and Professor at Ulster University. Belfast. His work chronicles

art photography”. His work has been exhibited in solo exhibitions at the Imperial War

Museum and The Photographers’ Gallery in London, National Media Museum in Bradford,

and Royal Ontario Museum in Toronto; and is held in the collections of the Centre Georges

National Gallery of Canada in Ottawa, Science Museum Group in the UK, Ulster Museum in

Belfast, and Victoria and Albert Museum in London. In 2010 he was shortlisted for the