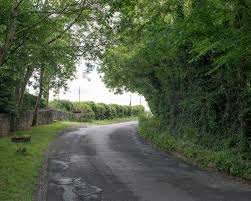 Blockhouses were first used in the Second Boer War. On account of their circular

shape, they came to be known as pillboxes. During the Second World War, the

General Defense Plan No.2 was drawn up by the Republic of Ireland to deal with a

potential British invasion from Northern Ireland. In the event of such an invasion,

the Irish Army intended to tackle the British as soon as they crossed the border. The

plan was that if a retreat was necessary, a squadron of cyclists along the border

would use delaying tactics to halt the British advance.

across the country to Sligo. Being an important port town, the capture of Drogheda

would have been crucial for enemy advancement. The Military Defense planners

approach roads and on prominent positions in the south Louth area.

The pillboxes were camouflaged from aircraft attacks. The few that were out in the

open were half-sunken in the ground. Sods of grass were placed on the roof, hiding

them from aerial view. Although they were reinforced by steel bars, the Irish

pillboxes were made of poor quality concrete. The walls were not thick enough to

withstand shellfire. The best hope was that they would help slow down an infantry 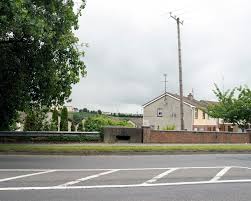 The surviving pillboxes are difficult to locate today. Neglected for almost eighty

years, they are relics of a forgotten piece of Irish history.

Aidan Pedreschi is a Dublin-born photographer, currently living in Drogheda, Co. Louth. He gained a

BA in Photography from the University of Ulster in 2017. His work deals with landscape and

typologies, addressing issues around place and memory. His working practice is centred around