Since 1999, Farrell has been following the search for the bodies of people

“disappeared” by the Irish Republican Army during the 1970s and early 1980s.

the Good Friday Agreement in 1998. Though the murders took place in Northern

Ireland, the bodies were buried south of the border in the Republic of Ireland.

Farrell set out not only to document the search, but also to use the project to

meditate on mortality and “our relationship with ‘earth’ as a storehouse of facts,

fictions, and memories.” Innocent Landscapes, a book published in 2001

presented the first fruits of this long-term project. 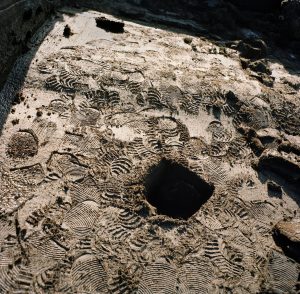 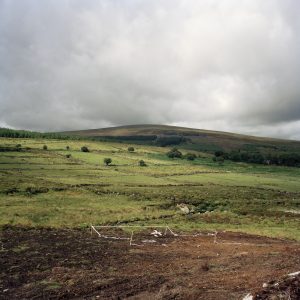 initial list of nine people. Farrell followed the earthmovers into bogs and walked the

which nature had almost erased the previous searchers’ brutal disruptions of bogs,

number of photographs, is a case study in slow knowing. During these searches,

Farrell visited the locations on weekends, “following the slow unfolding of each

by a similar photographic act.” 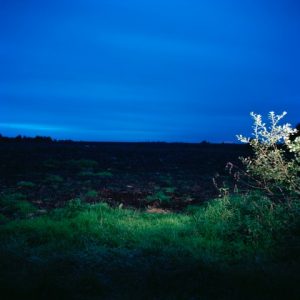 David Farrell is an Irish artist based in Dublin. He has worked independently and on collaborative

in 2001 for his first book ‘Innocent Landscapes’. His second publication, ‘Nè vicino Nè lontano. A Lugo”

published ‘The Swallowing Tree’, a series of photographs made from 1999-2013 that explored the slow

absorbtion of a religious prayer pinned to the trunk of a siver birch tree at Coghalstown Wood, one of

the sites of the disappeared. David Farrell – Elusive Moments – a documentary by Donald Taylor Black

part of The Look of the Irish series on Irish photography. He has exhibited nationally and